XenoCon 6 is proud to present our Guest of Honor: 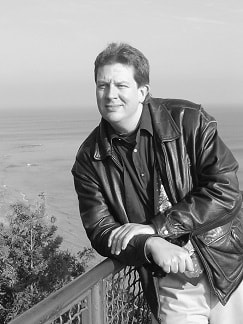 William W. Connors (you can call him “Bill”, if you like) began designing games professionally in the mid-1980s, working as a freelancer for TSR, GDW, and a handful of other companies with 3-letter names. In 1989, he joined the staff at TSR (and later Wizards of the Coast) where he soon became one of the principle designers of the fantasy-horror Ravenloft line. While at TSR/WOTC he also contributed to the core AD&D, basic D&D (Known World/Mystara), Dark Sun, Forgotten Realms, and Marvel Superheroes lines. He has designed several innovative role-playing systems, including the 1890s Ravenloft-variant, Masque of the Red Death, and the critically acclaimed SAGA system used for both the Dragonlance: Fifth Age setting and Wizards of the Coast’s version of the Marvel Superheroes game.
Bill has written numerous short stories and one novel (which he will NEVER do again because it was way more work than he thought it would be). After leaving TSR/WOTC, he worked in a freelance or consulting capacity for companies like FASA, Mayfair Games, and even the Pleasant Company (creators of the American Girl line of dolls). His work for id Software earned him a well-deserved reputation as “the Worst Quake Player in the World.” He currently works as a graphic designer, digital artist, and media director.
In addition to gaming, Bill is a fan of baseball (including the minor and independent leagues) and rugby union (Go All Blacks!). His turn-ons include old time radio, classic horror movies, and both pulp and hard science fiction. He prefers Universal Monsters over Hammer Films, DC Comics over Marvel, the National League over the American League, and thinks every version of Star Trek after TOS/TAS is not worth watching. He has never seen a UFO.
A life-long cat person who (for some reason) currently has two dogs and an African gray parrot, Bill lives near Lake Geneva, Wisconsin, with his wife, Kathryn. His two sons were raised on gaming and now continue the family tradition with their amazing wives. He recently welcomed his first grandson into the world, and has already given him his first set of dice.

BACK TO HOME
​XenoCon is owned and operated by Wesley and Mary Dau, Copyright 2012-2018 All images used are the property of their respective companies.